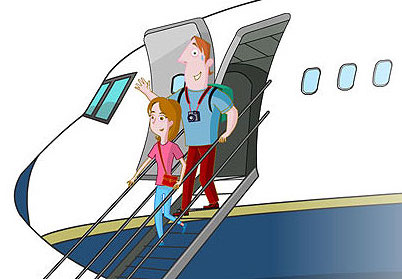 How to go to Cappadocia from Istanbul?

As we always say, Cappadocia Turkey is the second most visited tourist spot of Turkey following Istanbul as its known as the motherland of Hot Air Balloon Cappadocia for thrill-seeker as well as many other offerings such as hiking, horse riding, ATV Quad Bikes and much more! However its easier to participate our 2 days Cappadocia tours from Istanbul but you can also make the hotel bookings and travel arrangements on your own and enjoy this mysterious land free guided however its wide spread to 270 square kilometers and not easy at all.

If you are travelling on a budget, then we can suggest you to travel from Istanbul by a night long bus ride about 12 hours to Goreme. This is tiring way of travel but comfortable Turkish intercity buses makes it a bit easier with domestic flight a like reclining seats to sleep a while. Your arrival will be early in the morning and you may also witness the balloons in the air if they are permitted to fly that day.

They other option is travel by plane. There are two major airports where you can fly to: Nevsehir or Kayseri. Nevsehir airport is bit more closer to the region. If you are intending to stay one night and explore in 2 days, then book a flight early in the morning to make the most of your stay in 2 full days in the region. Roundtrip flights are around 90-110 USD per person by Turkish Airlines. The hotel that you will stay in Cappadocia would be happy to help you for airport transfer to the hotel. If not, you can also apply to transferman in the airport to participate in their shuttle services. Taking a taxi from airport would be a bit expensive as they distance is around 60-75 km in total to Goreme or Urgup towns. 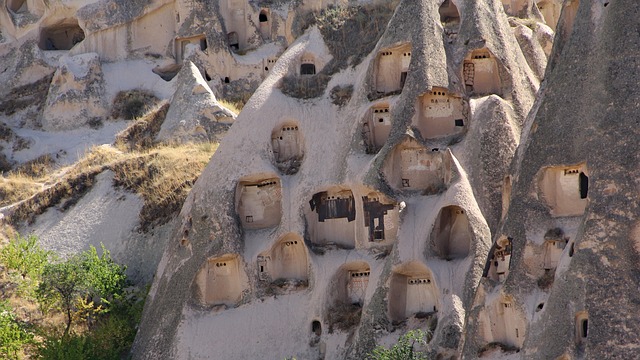 Cappadocia Turkey with its peculiar capricious and rocky formations and the architectural inheritance from the remains of millenarian cultures have given shape to a landscape that you will hardly find anywhere else in the world. Hittites, Assyrians, Persians, Greeks, Romans, Byzantines and Turks have left their mark and Cappadocia was declared a World Heritage Site by UNESCO in 1985. 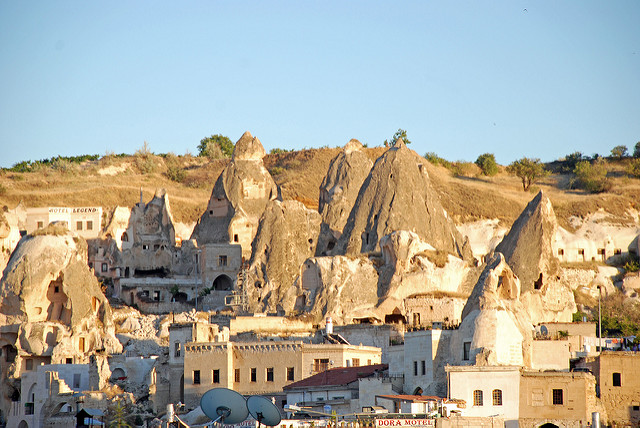 It is highly possible that when talking about Turkish travels while you are chatting with your friends,  the image of hot air balloons flying over unique rock formations with festiveness comes to mind , without a doubt Cappadocia in Turkey is one of the best places in the world to fly in a hot air balloons.

Attractions go far beyond the experience to get carried away by the wind and, once there, it would be unforgivable not to spend two or three days more to know what is hidden on the other side of the rocks in the undergrounds.

Fairy chimneys are the most famous postcards of the amazing geography of Cappadocia. Located in the center of Turkey, Cappadocia is a region of just over 200 square kilometers that is characterized by having a geological profile comparable to that of lunar landscapes, with shapes capriciously carved by the erosive forces for several million years.

The majority of tourists visiting Cappadocia with the dream of flying in a balloon. The number of people who want to enjoy the flight is incredible and that is why it is almost always necessary to book well in advance,  there are several companies that organize the hot air balloon tours cappadocia. In the low seasons during the winter, you can reserve a couple of days back and maybe one day before. But in the high season it is necessary to ensure trip booking weeks or months in advance.

Both the fairy chimneys and the great majority of the rock formations of the region are made up of calcareous tuff, which is a very moldable stone. This allowed not only the work of erosion but also of man, who has built his dwellings in these rocks for centuries, digging them and creating artificial caves. The absence of wood in the area favored the almost exclusive use of these rocks as housing for the different civilizations that inhabited here. And so they reconverted these formations in the buildings, temples, towers and fortifications that were an essential part of their cities.

The most iconic and famous city in Cappadocia is Goreme. Its origins date back to the 3rd and 4th centuries, when the first Christians arrived in Asia Minor founded several monasteries excavated in the rocks here. Some of these ancient temples are part of the fabulous Goreme National Park, located around the city. Goreme is like a memory inside another…

Göreme/Goreme Open-Air Museum
The Göreme open-air museum can be reached on foot from Goreme town itself and we recommend it to be one of your first visits. It is a closed enclosure in which several Christian monastic complexes excavated in the rock are concentrated, many of them with frescos in their interior of the XI and XII centuries in excellent state of conservation. The churches of Santa Barbara, the Apple, the Serpent, the Dark, the Carikli or the Buckle are some of those that you can not miss, the magnificent state of their paintings make them the best in all of Cappadocia. 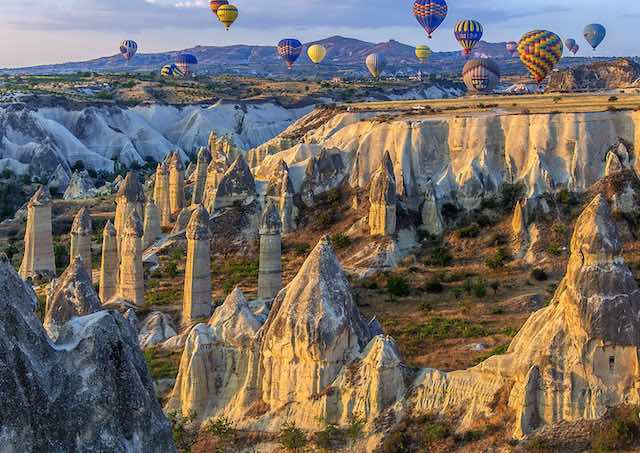 Cappadocia specially Goreme represents one of those places on the planet whose visit must be on the list of destinations for any traveler. In this region of Central Anatolia the vagaries of nature have given rise to a unique and spectacular geological environment that leaves every visitor open-mouthed while flying on Cappadocia balloon tour and with the feeling of being on another planet or immersed in a very archaic civilization.

To get to know Cappadocia the best option is to take as a starting point the small town of Goreme, which is located in the same valley that bears its name and in which, in an incredible way, its inhabitants have managed to make the unique rocks that make so characteristic the Cappadocia region. To do this, its ancient inhabitants excavated interconnected cavities in the hard stone, and even at different levels, which were initially occupied as houses or places of worship and which over time and the rise of the fame of the place have been transformed into accommodation. and tourist attractions in many cases.

The ancient inhabitants of the place took advantage of the famous fairy chimneys (unique elongated and / or conical rock formations) that plague the valley to turn them into their places of worship, houses or rooms for animals (the famous dovecotes). The hardness of such a continent has allowed many of the structures to be preserved to this day and continue to be used today, although quite different from the original in many cases. Tourism has known how to exploit the uniqueness of these buildings and in many cases they have been used to their advantage (a large number of lodgings use as a claim to have a room, however small, excavated in the rock). Although not all the old fairy chimneys have had the same luck, it is easy to see how time and abandonment have allowed their deterioration. The town offers magnificent views, giving great postcards to lovers of photography and good views. Being in a valley it is not difficult to find great viewpoints from which to contemplate the place and, already inland, while walking through its streets it is also easy to enjoy good walks and imagine that you are in a prehistoric place, or science fiction, although its origin may really be from the time of the Romans.

Nature is capricious and sometimes it gives us the possibility to contemplate surprising places that we could not even imagine in dreams.

A clear example of this is found in Pamukkale (Turkey) and, especially, in the Cappadocia region, where the combination of a very particular geology, meteorological phenomena and the ability to adapt of the human being has given place to landscapes that seem to mix between elements of science fiction and prehistoric.

We do not know for sure if this popular name has something to do with what can be seen there, but surely more than one or one would say yes.

Such particularity has turned the valley into a very popular place among travelers and tourists, who come there to contemplate perplexed similar columns of rock.

The Love Valley is very close to Goreme, to the southeast of the town and to the west of its Open Air Museum, and can be easily reached on foot from said town.

Once there, various unmarked trails run through the interior of the valley and allow access to the vertical columns of volcanic rock. It is an incredibly curious place to go hiking.

You have to be careful, because the absence of signs and the entertainment of the visit can favor getting lost. We already know of a case and that is why, given the possibility that it happens, it is advisable to bring your mobile phone loaded (in case it is necessary to use the GPS or make an emergency call), leave a notice in the hotel that you are about to visit it, and above all, bring water. Although, if you pay attention to the path followed, there should be no problems during your visit.

Most of the mortals remain in the singular image of the place, with its numerous columns of up to 40 meters high and phallic shape.

But the really curious thing is to know how and when this place of such unique rock sculptures has been formed.

What we see today is the result of thousands of years of erosive phenomena, carried out by water and wind, which have been polishing the softest volcanic sediments on the ground. Until you get this landscape of columns, pinnacles, fairy chimneys and rocky cones that flood the Love Valley

In other words, it is the result of a 100% natural geological process that has capriciously shaped the terrain for a long time and still continues to do so. This means that the erosive process does not cease and, unless the human hand tries to prevent it, it will continue to occur until the valley formations are reduced to sand and dust.

But this is something that, in theory, will still take many hundreds of years to occur and that is why we will be able to continue enjoying this curious and interesting Valley of Love for a long time

Ouch! There was a server error.
Retry »

Please contact as early as you can as last minute reservations can not be confirmed due to unavalability sometimes even one month before tour date.